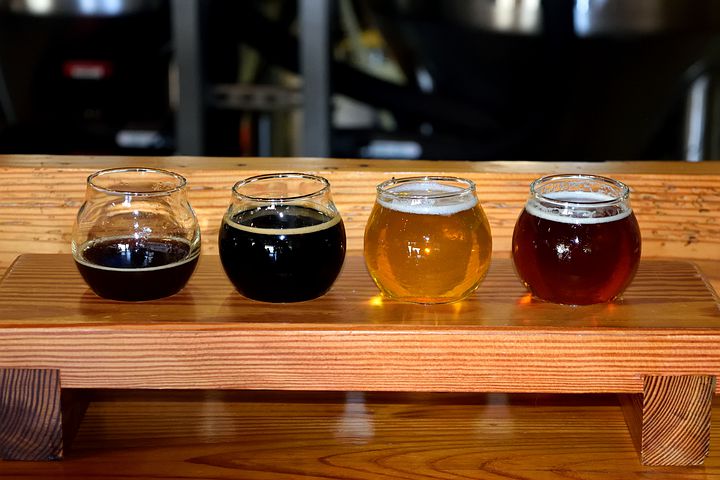 Quality instead of quantity

A real highlight for all beer lovers among us: Since a while, there is a new place in Costa Rica, Samara next to the organic shop, where you can try out exceptional beer. The Microbar Samara offers more than 22 artesenale beers! Well, if that’s not a culinary treat…

But what is actually meant by „Cerveza artesanal“? Basically, this is beer, which was still produced in its purest and most natural form and thus has undergone no industrial and artificial manufacturing process. The beer is brewed without any bulking cereals such as corn or rice, preservatives or other artificial colors and additives

that would significantly reduce both the flavor and the quality of the product. The producers prefer to stick to the simple and natural ingredients like barley malt, water, hops and yeast.

How is it done?

The secret recipe seems to be mainly the passion and the authenticity that lies behind the whole idea. But also the attention to detail is a decisive factor for the quality of the beer. Since the beer is produced only in small quantities, every manual work step can be given the greatest attention and a final product of the highest quality and freshness can be guaranteed!

Integration in the market

Since April 2014, the Association of Cervezas Artesanales (ACACR) has been officially registered with the Costa Rican authorities and the development of the beer in the country is to be supported in the future.

Also the cervezeria florida, the usual beer supplier of Costa Rica has meanwhile a producto artesenal in the assortment, which of course we have tested for you: „Búho – cerveza artesenal“, a Bock beer with as much as 5.8% alcohol content! We tried it and the taste immediately convinced us, so this delicacy is now also available in our hotel restaurant, Costa Rica for 2000 Colones per bottle. Well then, what are you waiting for? Pass by and try!

Even here in the sunny province of Guanacaste, the natural beer is now produced. Guana Beer is brewed in Hojancha, a town near Nicoya. This beer is also available at our Costa Rica hotel, Paraiso del Cocodrilo, Samara organic shop or at Microbar Samara.
The beer is also good for the wellbeing and health. And if you want you can enjoy the natural beer in our Bungalow Costa Rica.

Back to the landing page.